Tamriel is a fictional continent where The Elder Scrolls Online is set. When the game first launches, there will be limited access to all areas, but over time with new expansions, game action will take place across the entire continent. 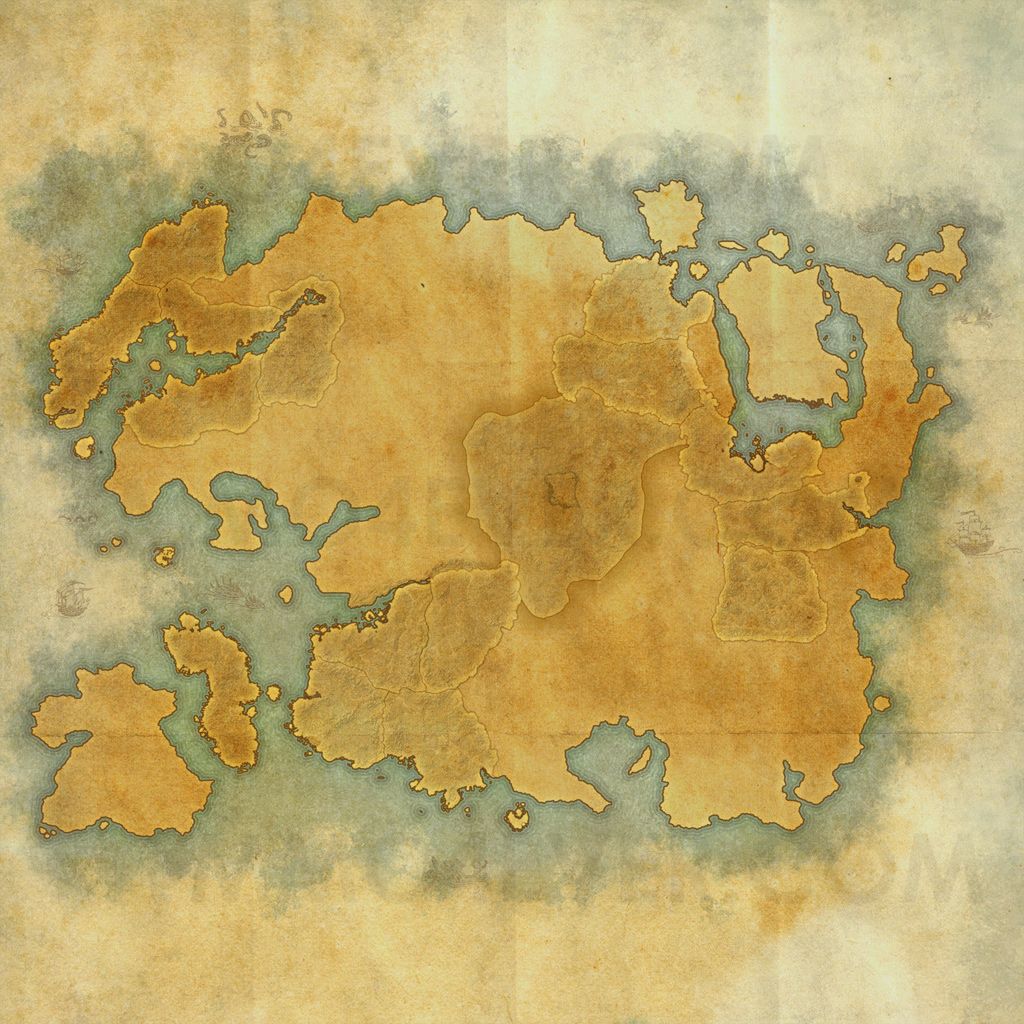 The second largest of the Summerset Isles, Auridon has always served the High Elves as a buffer between their serene archipelago and the turmoil of Tamriel. The Altmer of Auridon have been hardened by generations of repelling invaders, pirates, and plagues.

This region takes its name from its most famous feature, the Bangkorai Pass, which has served as High Rock's defense against the wild raiders of Hammerfell for countless generations. The uplands north of the pass and the desert to the south are both ruled from the port city of Evermore.

Cyrodiil is the center and capital of the Empire, home of the Imperials, and of the Emperor himself. Each player can enter the territory of Cyrodiil after reaching 10th level. Game has special "protection" for players with low levels. When such player enters Cyrodiil he receives temporary bonus of health, magicka and stamina. This bonus will increase its chances to survive. But the best PvP experience can be received after reaching highest level.

Glenumbra, the westernmost region of High Rock, contains the city-states of Daggerfall and Camlorn, the great cemetery of Cath Bedraud, and the wild areas of Hag Fen, Glenumbra Moors, and the forests of Daenia.

This region is the southern heart of the Wood Elves' great forest, and home to more of the gigantic graht-oaks than any other part of Valenwood. Its capital, now also the capital of the entire Aldmeri Dominion, is Elden Root.

As the region of Valenwood farthest from all other realms, Greenshade's graht-oak forest is virtually pristine, the Tamriel jungle at its most primeval. Its capital is the trading port of Woodhearth.

Malabal Tor is the northwest region of Valenwood, on the coast of the Abecean Sea and the Strid River estuary. Its capital is Silvenar, the spiritual home of all Wood Elves.

Once known simply as Northern Valenwood, this region that borders Cyrodiil and Elsweyr has seen so much bloody warfare since the fall of the Second Empire that it's now known as Reaper's March, even to its battle-scarred inhabitants.

The ashfall from the volcanoes of the Velothi Mountains and from great Ash Mountain itself is Stonefalls' bane and benefit, fertilizing the soil where the land isn't too arid to grow crops. It was here that the recent invading army from Akavir met its bloody end.

Bal Foyen, on the southern coast of Morrowind's Inner Sea, was a wild expanse of marshland until recently. Now much of it has been turned over to the Dark Elves' former Argonian slaves, who plant saltrice and herd guar in the former wastes.

Nine generations ago, the island of Betony was conquered by the Stonetooth Orcs, who renamed it Betnikh. A proud, self-reliant people, the Orcs fiercely protect their new home from incursion by outsiders. Betnikh is an island that lies off the south coast of Glenumbra in the province of High Rock. The island of Betnikh is currently controlled by the Orsimer.

Bleakrock is an island off the northeast coast of Skyrim between Windhelm and Solstheim. The hardy Nords who inhabit Bleakrock are mostly farmers and fisherfolk. A small contingent of Pact soldiers keeps a sharp lookout for pirates and raiders. This is the starting area of the Ebonheart Pact. All members of this alliance begin their journey on this island.

This island off the south coast of Elsweyr is named after the Khajiiti goddess of weather and the sky, who is usually represented as a great hawk. She finds many worshipers among the cat-folk's sailors and farmers, especially those who grow moon-sugar cane. Starting area of the Aldmeri Dominion. All members of this alliance begin their journey on this island.

One of the first landfalls settled by the Redguards when they sailed east from their lost homeland of Yokuda, the island of Stros M'Kai is now a haven for freebooters, sea-rovers, and other nautical entrepreneurs who roam the Abecean Sea. Starting area of the Daggerfall Covenant. All members of this alliance begin their journey on this island.