Welcome to my Fallout 4 Maps & Quests website. Game has been released so we can finally play it!

So far you can find here Fallout 4 World Map with many markers such as landmarks, 120+ magazines, 20 bobbleheads, a lot of fusion core generators, etc.

You will also find here a lot of information about Fallout 4 quests, such as descriptions of the tasks, some hints, screenshots, links to follow-ups or previous quests, etc.

My work is not finished yet, there is still a lot of work to do, i.e. I have to upgrade my mapping tools, collect more quest data, add more map markers, etc. But I hope that it already is somehow helpful to you.

Update: The site has been updated with quests added in Automatron DLC.

Update: The site has been updated with a map of new area and quests added in Far Harbor DLC.

Fallout 4 is fifth major installment in the Fallout series. It is an action role-playing open world video game, developed by Bethesda Game Studios and published by Bethesda Softworks.

The setting is a post-apocalyptic retro-future, covering a region that includes Boston, Massachusetts and other parts of New England known as the Commonwealth.

Unlike previous titles, Fallout 4's story begins on the day the bombs dropped - October 23, 2077. The player character takes shelter in Vault 111 with his family, just to mysteriously awaken 200 years later unaged and as the vault's sole survivor. You enter a world destroyed by nuclear war. Only you can rebuild and determine the fate of the Wasteland.

Do whatever you want in a massive open world with hundreds of locations, characters, and quests. Join multiple factions vying for power or go it alone, the choices are all yours.

Be whoever you want with the S.P.E.C.I.A.L. character system. From a Power Armored soldier to the charismatic smooth talker, you can choose from hundreds of Perks and develop your own playstyle.

Collect, upgrade, and build thousands of items in the most advanced crafting system ever. Weapons, armor, chemicals, and food are just the beginning - you can even build and manage entire settlements.

An all-new next generation graphics and lighting engine (modified Creation Engine) brings to life the world of Fallout like never before. From the blasted forests of the Commonwealth to the ruins of Boston, every location is packed with dynamic detail.

Intense first or third person combat can also be slowed down with the new dynamic Vault-Tec Assisted Targeting System (V.A.T.S.) that lets you choose your attacks and enjoy cinematic carnage.

This is not the end!

Fallout 4 does not end when the main story is over and there is no level cap. You can keep playing and leveling. 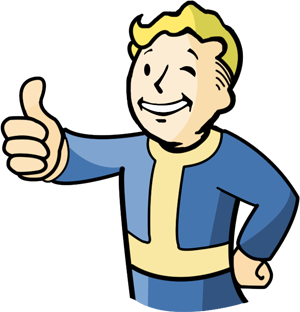 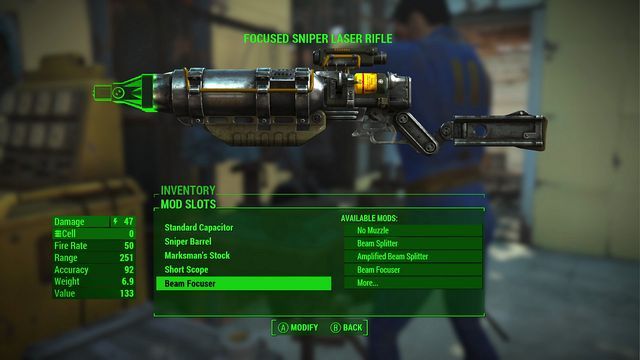 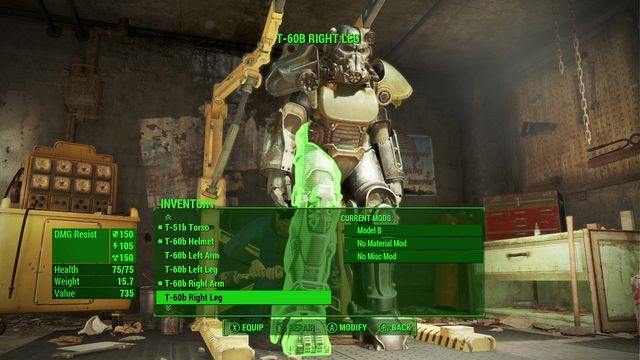