Someone named Ronnie Shaw has arrived at the Castle looking for me. I should find out what she wants.

1. Return to the Castle

2. Speak to Ronnie Shaw at the Castle 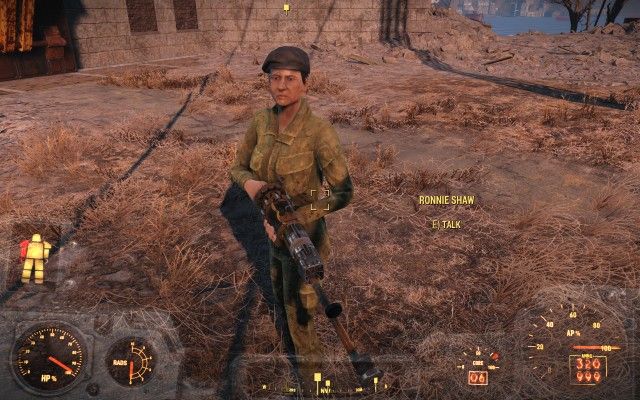 Ronnie Shaw told me that the Minutemen's armory was located in the west bastion of the Castle. It still might contain a lot of useful weapons and supplies, if we can find a way in.

Talk to Ronnie and then follow her to general's quarters. Tunnel is blocked and you have to find a way to clear it. It's simple, open Workshop menu and scrap it! Now you can enter The Castle Tunnels. Find locked gate, just wait, Ronnie will unlock it. 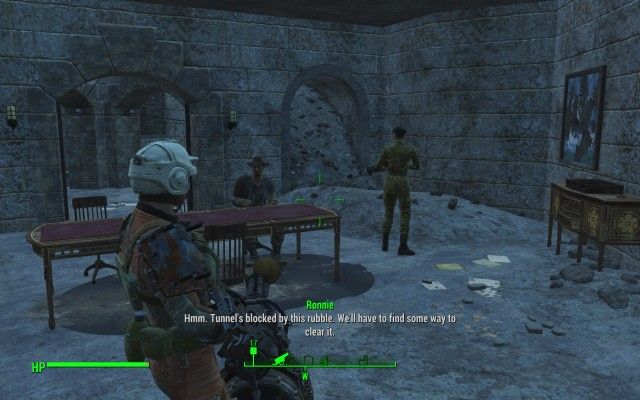 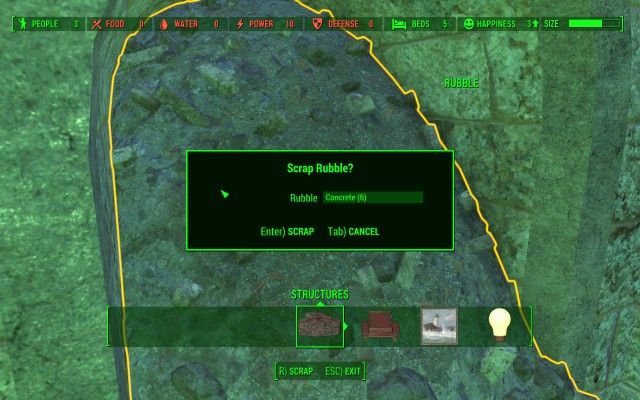 Enter the armory, grab Artillery Schematic and then talk to Ronnie. 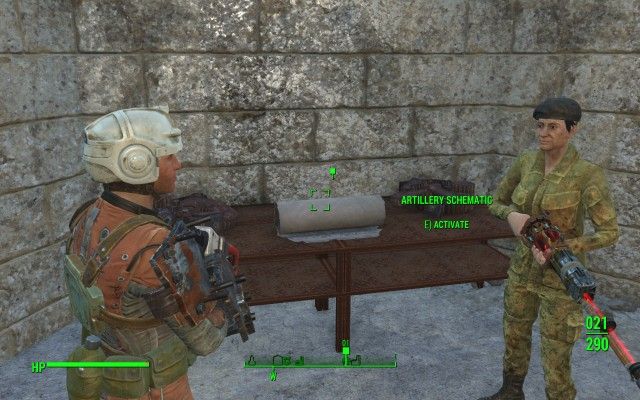 Ronnie Shaw and I managed to get into the old armory at the Castle. It contained schematics and supplies for building artillery, which would be a huge boost to the hitting power available to the Minutemen. 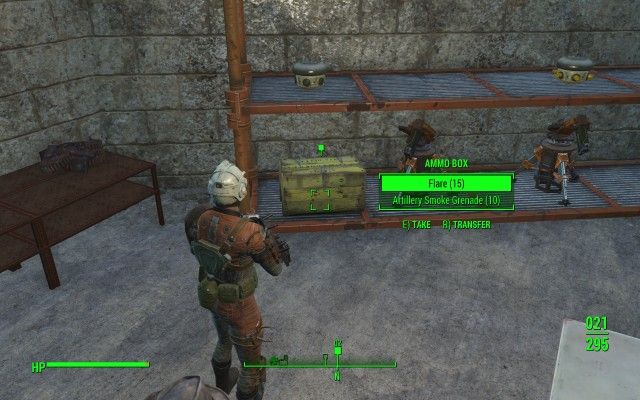 6. Build and assign artillery at the Castle

Build one artillery unit and assign someone to it. 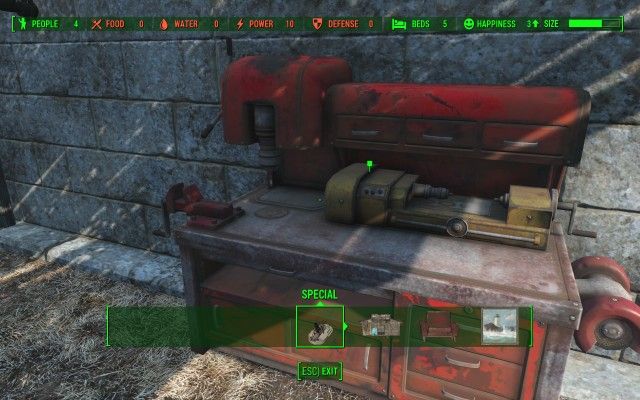 9. Head to the target area

9.1. (Optional) Keep your radio on and tuned to Radio Freedom

10. Throw a smoke flare into the target area 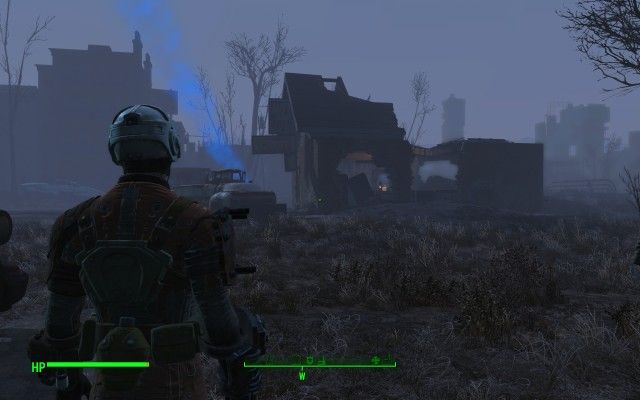 I've built and successfully test-fired the artillery at the Castle. I can now call in artillery fire from nearby batteries with the smoke grenades from the Castle armory.