Preston Garvey has asked me to travel to a settlement that's requested help from the Minutemen. I should go to Oberland Station as soon as possible and see what I can do to help them.

This quest will be triggered or can be aquired when you complete Taking Point: Sunshine Tidings Co-op quest.

1. Talk to the settlers at Oberland Station

2. Kill the raiders in Back Street Apparel

A nearby gang of Raiders has been terrorizing Oberland Station. I need to find them, and make sure they'll never be a threat to anyone else again.

You have to kill raiders' boss - Clutch. 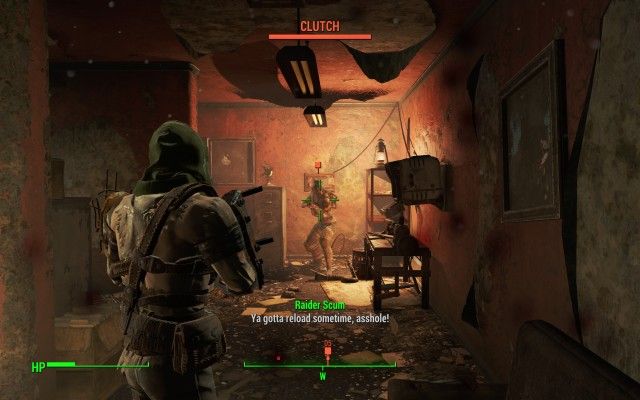 3. Report your success to settlers at Oberland Station

I was able to take out the leader of the nearby Raider gang. They should no longer be a threat to anyone. I need to return to Oberland Station and let them know they're safe.