The Secret of Cabot House Quest

There's been some kind of attack on Jack's facility at the Parsons State Insane Asylum. Jack and I are going to deal with it.

This quest will be triggered or can be aquired when you complete Emogene Takes a Lover quest.

Stages of "The Secret of Cabot House" quest 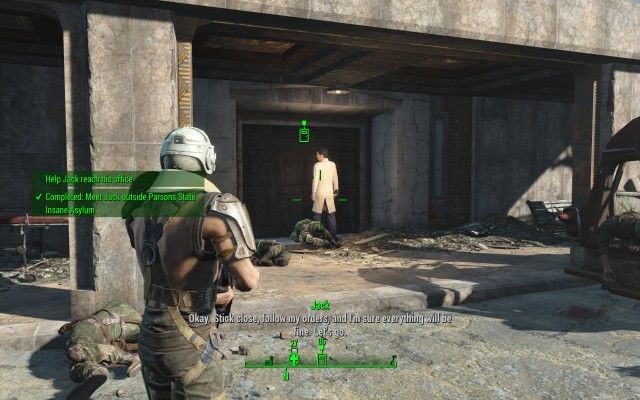 Raiders have overwhelmed Edward and the other guards and managed to get inside Parsons State Insane Asylum. Jack and I need to reach his office before the raiders completely overrun the facility.

There is Charisma Bobblehead on the table in the office. 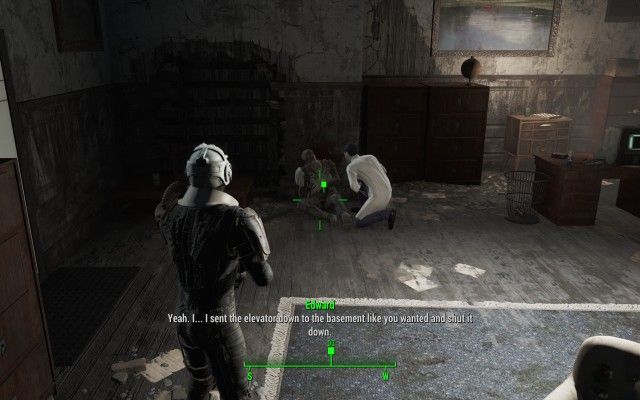 We found Edward badly wounded in Jack's office inside Parsons. He had shut down the elevator to the lower levels but the raiders have still managed to get to the basement. I still don't know what they're after, but Jack seems to think it's critical that we stop them. 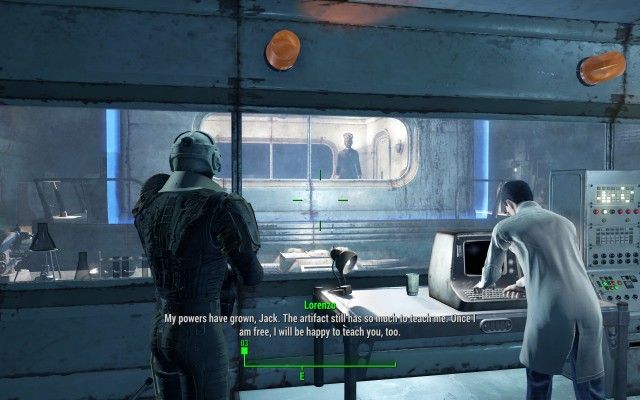 Jack and I reached the basement where his father Lorenzo is imprisoned. A group of raiders are close to freeing him from his cell. I need to stop them before it's too late.

Jack wants me to help him kill his father Lorenzo before Lorenzo can escape from his cell. Lorenzo told me not to listen to Jack, but to free him instead. I have to decide who to believe.

You can kill Lorenzo or release him.

If you want to release him then just open the doors.

If you want to help Jack and kill Lorenzo then override all four generators. 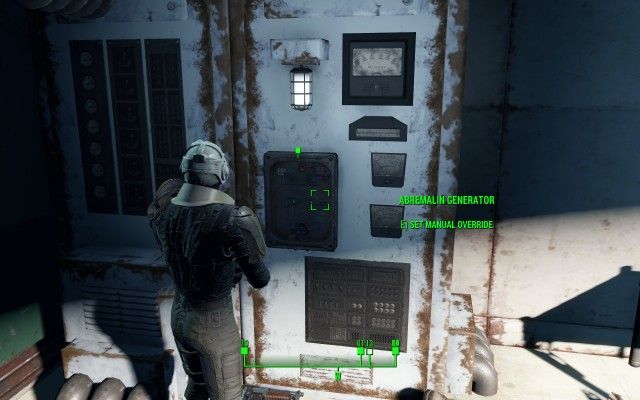 Stage available if you decided to help Jack and killed Lorenzo.

I did as Jack instructed and set the Abremalin generators to manual override so that Jack could flood Lorenzo's cell with lethal zeta radiation.

Stage available if you decided to release Lorenzo.

I did as Lorenzo asked and released him from his cell. I should find out what Lorenzo is going to do now. 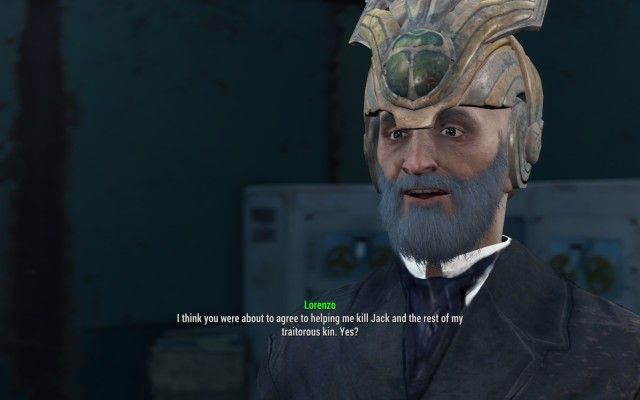 After Lorenzo escaped from his cell in the basement of Parsons, he told me he was heading to Cabot House to kill his family. I have to decide whether to warn the Cabots or help Lorenzo take his revenge.

Talk to Jack. You have two options:

1. You ca decide to help Jack and kill Lorenzo

2. You can help Lorenzo to take his revenge and kill all the Cabots. 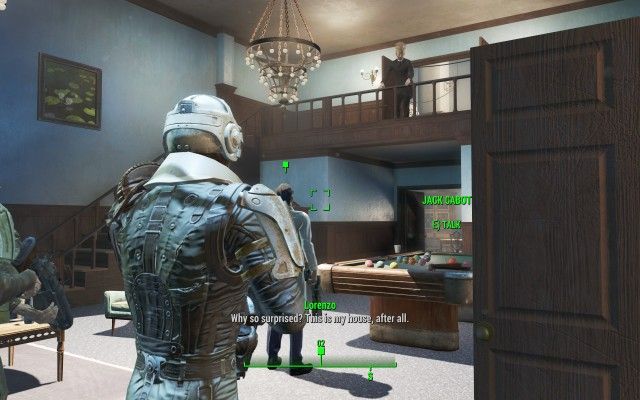 I returned to Cabot House and managed to convince Jack that I was still on his side. Lorenzo appeared and is trying to kill all of us.

Lorenzo was killed while attempting to take his revenge on the rest of his family. Jack may be willing to reward me for my help.

Come back in a week or so. 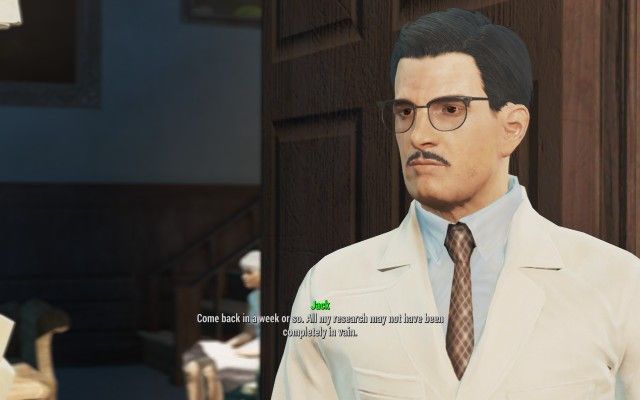 I returned to Cabot House after Lorenzo escaped from his cell in Parsons. While talking to Jack, Lorenzo appeared and began trying to kill the rest of his family.

Lorenzo returned to Cabot House and killed his family in revenge for being imprisoned in Parsons State Insane Asylum for hundreds of years. He may reward me for my help.