An Overview of Gods and Worship in Tamriel

By Brother Hetchfeld, Associate Scribe at the Imperial University, Office of Introductory Studies

Gods are commonly judged upon the evidence of their interest in worldly matters. A central belief in the active participation of Deities in mundane matters can be challenged by the reference to apparent apathy and indifference on the part of Gods during times of plague or famine.

From intervention in legendary quests to manifestations in common daily life, no pattern for the Gods of Tamriel's activities is readily perceived. The concerns of Gods in many ways may seem unrelated or at best unconcerned with the daily trials of the mortal realm. The exceptions do exist, however.

Many historical records and legends point to the direct intervention of one or more Gods at times of great need. Many heroic tales recount blessings of the divinity bestowed upon heroic figures who worked or quested for the good of a Deity or the Deity's temple. Some of the more powerful artifacts in the known world were originally bestowed upon their owners through such reward. It has also been reported that priests of high ranking in their temples may on occasion call upon their Deity for blessings or help in time of need. The exact nature of such contact and the blessings bestowed is given to much speculation, as the temples hold such associations secret and holy. This direct contact gives weight to the belief that the Gods are aware of the mortal realm. In many circumstances, however, these same Gods will do nothing in the face of suffering and death, seeming to feel no need to interfere. It is thus possible to conclude that we, as mortals, may not be capable of understanding more than a small fraction of the reasoning and logic such beings use.

One defining characteristic of all Gods and Goddesses is their interest in worship and deeds. Deeds in the form of holy quests are just one of the many things that bring the attention of a Deity. Deeds in everyday life, by conforming to the statutes and obligations of individual temples, are commonly supposed to please a Deity. Performance of ceremony in a temple may also bring a Deity's attention. Ceremonies vary according to the individual Deity. The results are not always apparent but sacrifice and offerings are usually required to have any hope of gaining a Deity's attention.

While direct intervention in daily temple life has been recorded, the exact nature of the presence of a God in daily mundane life is a subject of controversy. A traditional saying of the Wood Elves is that, "One man's miracle is another man's accident." While some Gods are believed to take an active part of daily life, others are well known for their lack of interest in temporal affairs.

It has been theorized that Gods do in fact gain strength from such things as worship through praise, sacrifice and deed. It may even be theorized that the number of worshipers a given Deity has may reflect on His overall position among the other Gods. This is my own conjecture, garnered from the apparent ability of the larger temples to attain blessings and assistance from their God with greater ease than smaller religious institutions.

There are reports of the existence of spirits in our world that have the same capacity to use the actions and deeds of mortals to strengthen themselves as do the Gods. The understanding of the exact nature of such creatures would allow us to understand with more clarity the connection between a Deity and the Deity's worshipers.

The implication of the existence of such spirits leads to the speculation that these spirits may even be capable of raising themselves to the level of a God or Goddess. Motusuo of the Imperial Seminary has suggested that these spirits may be the remains of Gods and Goddesses who through time lost all or most of their following, reverting to their earliest most basic form. Practitioners of the Old Ways say that there are no Gods, just greater and lesser spirits. Perhaps it is possible for all three theories to be true. 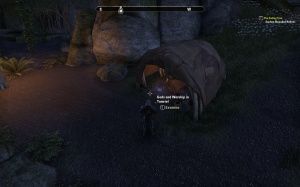