The last quest summarizing the story of Far Harbor DLC, fate of Acadia and Kasumi.

This quest will be triggered or can be aquired during The Way Life Should Be quest.

Stages of "Close to Home" quest

This stage will be available if Acadia survived and Kasumi is alive.

The fate of Acadia has been decided. I should check in with Kasumi.

You can help her make a decision - stay in Acadia or go back home. 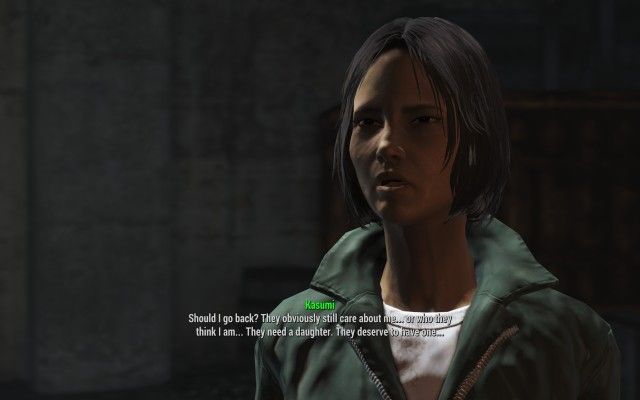 This quest starts here if Kasumi is dead (Acadia is destroyed).

Kasumi is dead. I need to go to Kenji Nakano and bring him the bad news.

If you told Kasumi that she should stay in Acadia.

Kasumi has decided to stay in Acadia permanently. I need to tell Kenji Nakano what's happened.

If you told Kasumi that she should go back home.

Kasumi is on her way home. I should tell Kenji Nakano the good news. 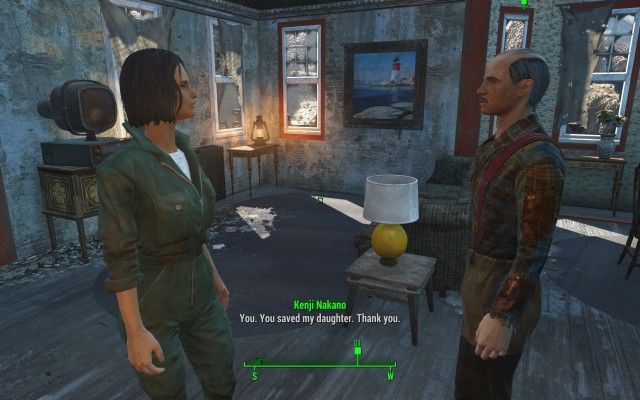 The quest will be completed in this manner if Kasumi is dead. Mr. Nakano won't give you any reward.

Kenji Nakano's case is closed. I told him what happened to his daughter. He and his wife are devastated.

The quest will be completed in this manner if Kasumi is safe in Acadia or came back home.

Kenji Nakano's case is closed. He mentioned a collection his father had that's buried somewhere near the house.

Mentioned reward is buried inside the small red shack. Loot is random. 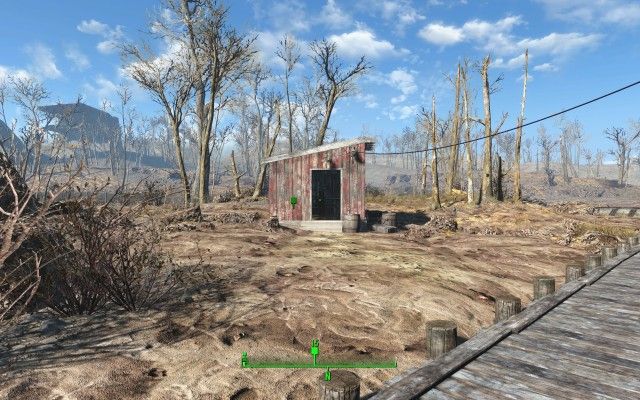