The Way Life Should Be DLC, Far Harbor Quest

This quest will be triggered or can be aquired during Best Left Forgotten quest.

Stages of "The Way Life Should Be" quest

One of DiMA's memories indicates he did something extreme to keep Far Harbor under his control. There's apparently a make-shift medical facility under the ruined Vim! Pop Factory. I should go there and get answers.

Go to the basement of the facility, hack terminal (novice locked) and use an elevator. 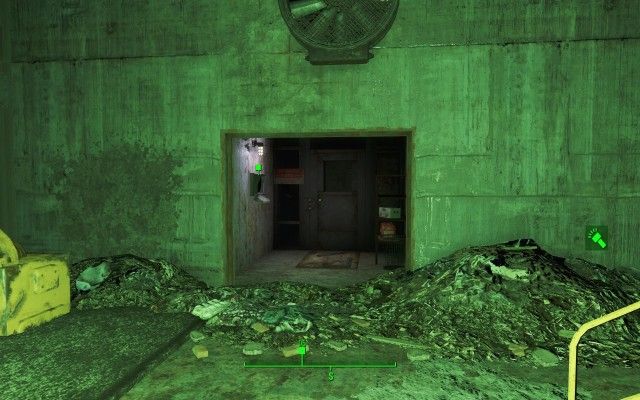 Inside the next room you will find Unmarked Grave. Dig it. 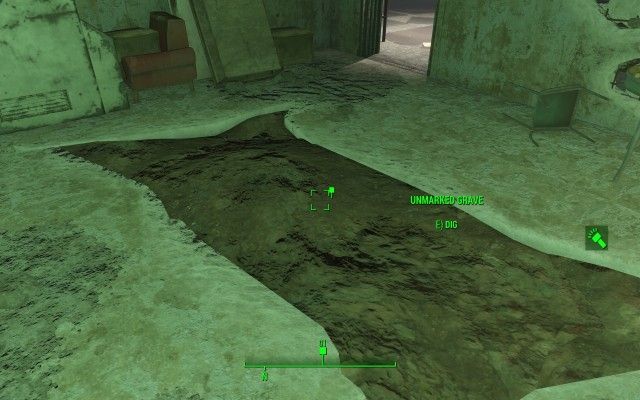 Inside the coffin you will find Avery's Locket, Avery's Skull and What's Done is Done holotape. Take all. 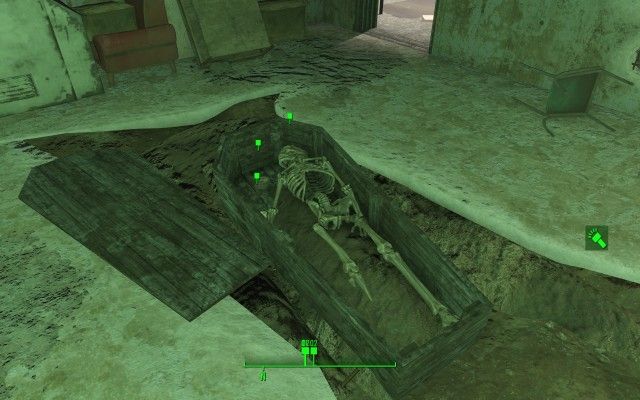 2. (Optional) Report back to Kasumi

The real Captain Avery was murdered by DiMA. And then replaced with a synth duplicate. What I do with the proof of DiMA's crimes could have profound effects on the island. 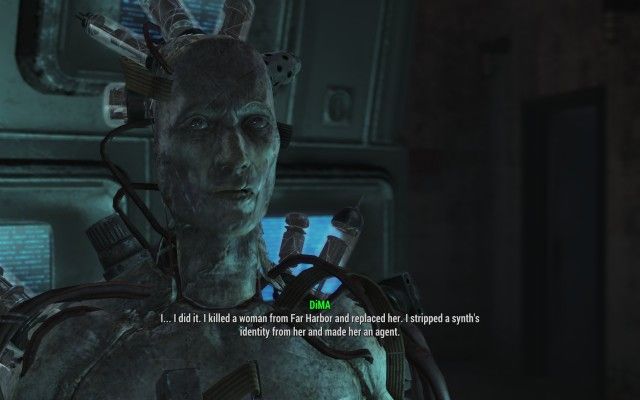 You can keep DiMA's secret or refuse to do it. You can also convince DiMA to go to Far Harbor and face judgment (charisma check).

If you decided to keep the secret then:

DiMA killed the original Captain Avery and replaced her with a synth. After confronting him about it, I agreed to keep his secret and gave him the evidence.

You will receive a new quest Reformation. You will also receive a piece of armor - Acadia's Shield. 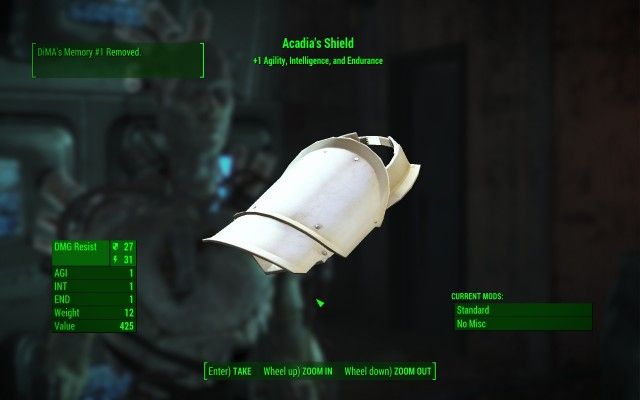 If you convinced DiMA to go to Far Harbor and to face judgment.

After confronting DiMA with the murder of Captain Avery, he's agreed to turn himself in to Far Harbor to face judgment. His only hope is that the town doesn't hurt Acadia, which he claims is innocent. 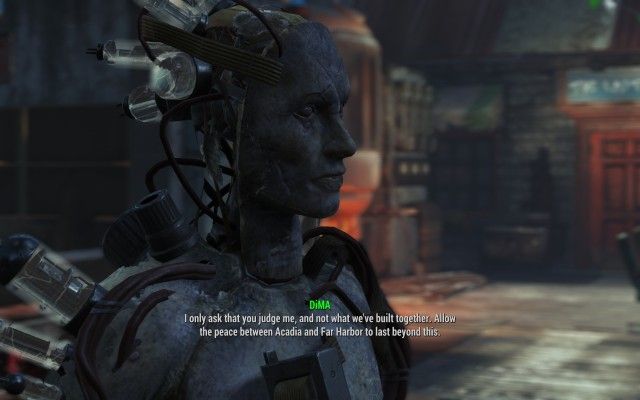 DiMA was executed for his crimes. But Captain Avery said there will be no more retaliation. Perhaps peace will endure. 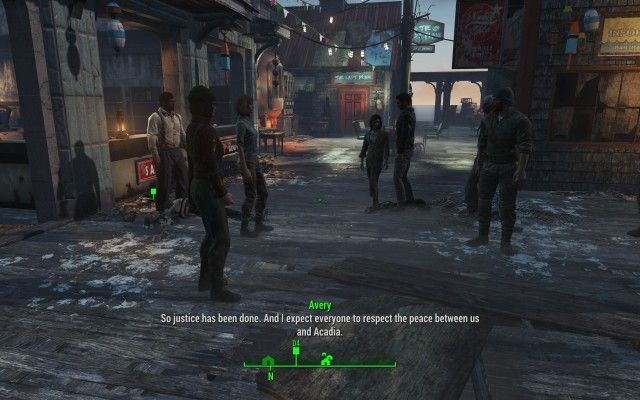 It's time for final main story quest - Close to Home.

You can talk to Captain Avery or Allen Lee.

Captain Avery will ask you to keep it secret. 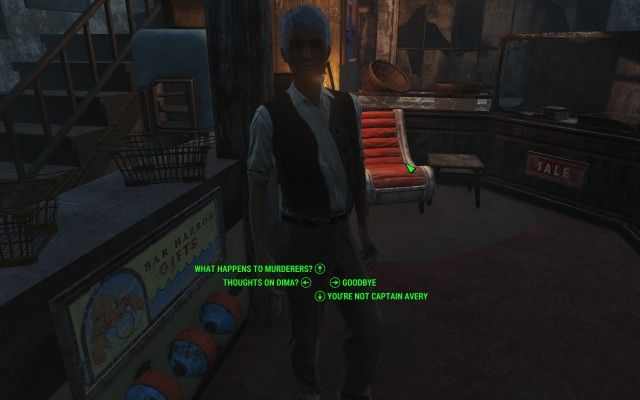 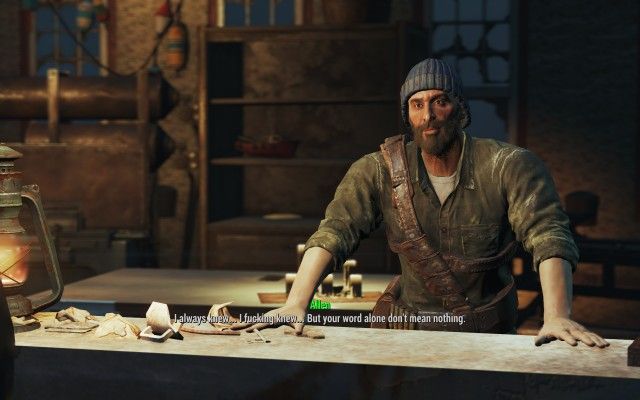 4.1. Have Teddy Wright examine the skull

When you decided to inform Allen:

Allen Lee needs irrefutable proof that Captain Avery is dead in order to challenge her. He's asked me to see if Teddy Wright can identify the real Captain Avery's skull. 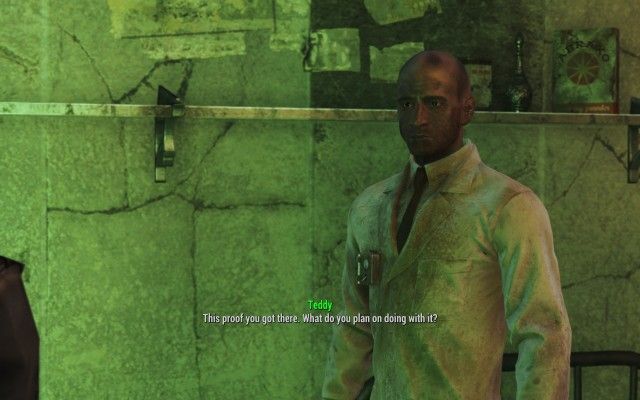 4.2. Determine the fate of Acadia

Teddy Wright confirmed that, indeed, the skull belonged to the real Captain Avery. If I give this evidence to Allen Lee he may do something drastic. Teddy urged me to consult with Captain Avery instead. Or I could confront DiMA, instead. 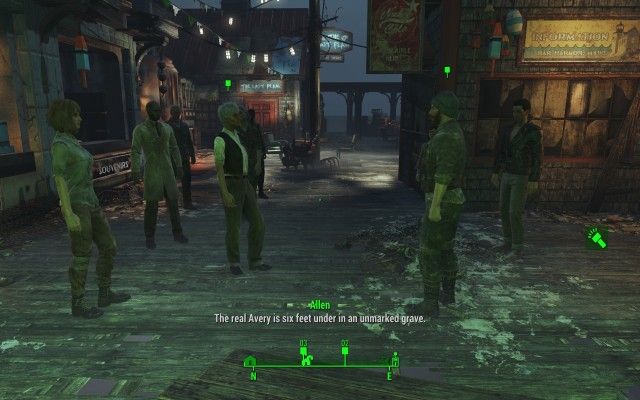 4.2.1. Watch or partipicate in the attack on Acadia

Allen Lee and most of the Harbormen are intent on getting vengeance upon Acadia for the murder of Captain Avery. I should talk with him once I'm there. 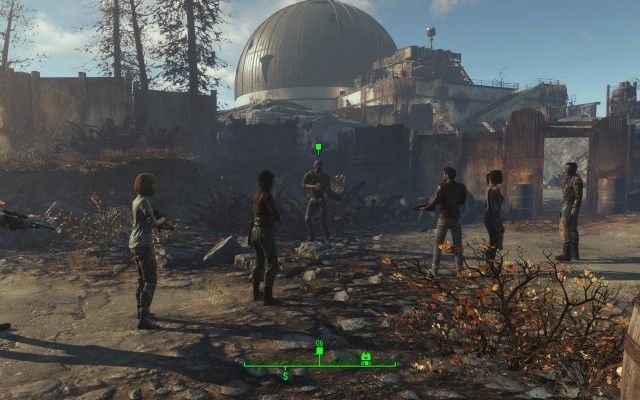 Allen Lee and the Harbormen have launched a full assault against Acadia. They should have little trouble killing the synths. Allen welcomed my assistance.

Acadia is no more. Allen Lee and the Harbormen have wiped it out. I should talk with Allen Lee to put this behind me.

Allen Lee led an attack on Acadia. None of the synths survived.

You will receive Lucky Eddy and Destroyer of Acadia perk. 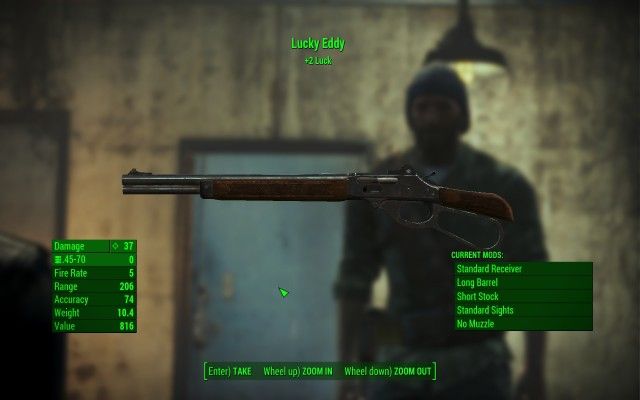 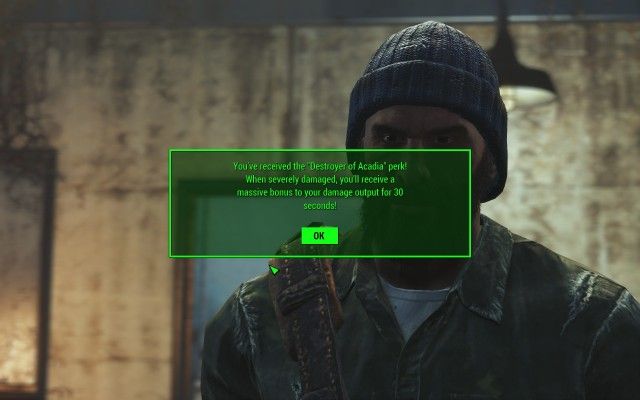 It's time for final main story quest - Close to Home.