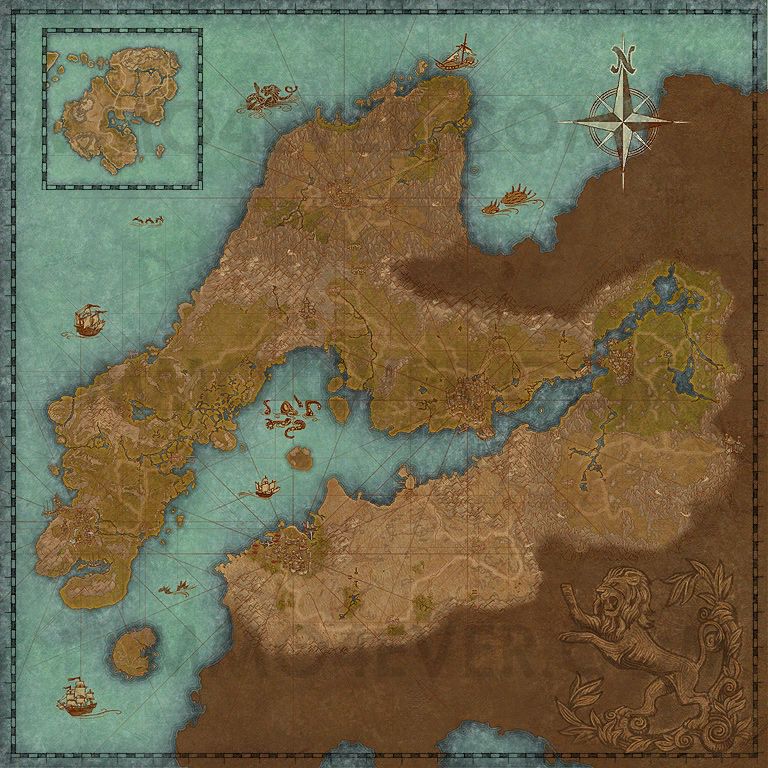 Nine generations ago, the island of Betony was conquered by the Stonetooth Orcs, who renamed it Betnikh. A proud, self-reliant people, the Orcs fiercely protect their new home from incursion by outsiders. Betnikh is an island that lies off the south coast of Glenumbra in the province of High Rock. The island of Betnikh is currently controlled by the Orsimer.

This region takes its name from its most famous feature, the Bangkorai Pass, which has served as High Rock's defense against the wild raiders of Hammerfell for countless generations. The uplands north of the pass and the desert to the south are both ruled from the port city of Evermore.

Glenumbra, the westernmost region of High Rock, contains the city-states of Daggerfall and Camlorn, the great cemetery of Cath Bedraud, and the wild areas of Hag Fen, Glenumbra Moors, and the forests of Daenia.

One of the first landfalls settled by the Redguards when they sailed east from their lost homeland of Yokuda, the island of Stros M'Kai is now a haven for freebooters, sea-rovers, and other nautical entrepreneurs who roam the Abecean Sea. Starting area of the Daggerfall Covenant. All members of this alliance begin their journey on this island.