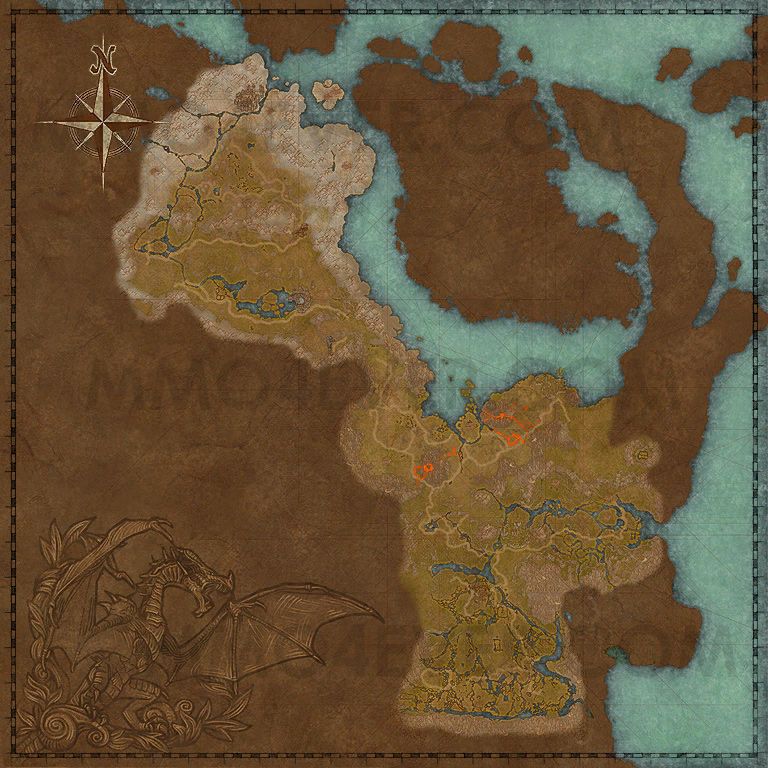 The ashfall from the volcanoes of the Velothi Mountains and from great Ash Mountain itself is Stonefalls' bane and benefit, fertilizing the soil where the land isn't too arid to grow crops. It was here that the recent invading army from Akavir met its bloody end.

Bal Foyen, on the southern coast of Morrowind's Inner Sea, was a wild expanse of marshland until recently. Now much of it has been turned over to the Dark Elves' former Argonian slaves, who plant saltrice and herd guar in the former wastes.

Bleakrock is an island off the northeast coast of Skyrim between Windhelm and Solstheim. The hardy Nords who inhabit Bleakrock are mostly farmers and fisherfolk. A small contingent of Pact soldiers keeps a sharp lookout for pirates and raiders. This is the starting area of the Ebonheart Pact. All members of this alliance begin their journey on this island.