The Orcs acknowledge the existence of many other gods, but they worship only one:

An aspect of Malacath, Orcs revere Mauloch as the First Orc, and live by the Code of Mauloch, which dictates such matters as honor and vengeance.

The Code is more often tacit than explicit, but includes the following:

— Respect for forging and blacksmithing.

— The traditional roles of a clan's chief and his wives.

— The tradition of selection of a new chief through challenge and combat.

— The custom that one who commits a crime must pay "Blood Price" to the victim (or victim's relatives).

— The requirement that insults to honor must be avenged.

— Recognition that to die in combat pleases Mauloch. 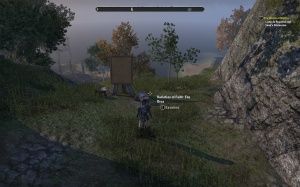