At the request of Her Majesty's advisor Nuulehtel I have compiled this brief accounting of the Maormer of Pyandonea, known commonly as Sea Elves. Read, now, and let the light of knowledge free you of your fear.

Their ancient history is well known across the Dominion, and not worth recounting in detail here. Suffice to say that the arch-mage known as "King" Orgnum has long led the outcasts of the shrouded isle. He uses foul spells, rituals and sacrifices to continually renew his youth and vigor.

Other rumors you have heard are true, as well. The rituals of Orgnum allow the Maormer to control sea serpents. Some have mastered the art of riding the beasts among the waves, while larger and less docile beasts swim in support of their largest fleets.

The fleet that now threatens Auridon, we have learned, calls itself the Sea Viper. Recent events in the Three Banners War have driven the Vipers into the seas around Auridon and the mainland. The opportunistic Maormer now seek their own victories in the war between the alliances.

The First Auridon Marines, the Dominion Navy, and others now stand ready to halt the advance of the Maormer. If you see signs of the Vipers, report them at once to your Canonreeve or the nearest Dominion officer.

Eagles, know that the viper will not take our nest. Be wary, but have courage. 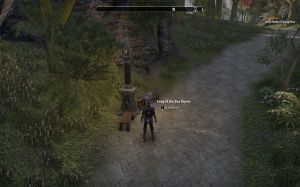