Of the varieties of other Daedra I encountered while I served in Divayth Fyr's Corprusarium—Ogrims and Golden Saints, Daedroths and Winged Twilights, Scamps and Clannfear—there is much that might be said, but little that is helpful or reliable.

I did note, however, that when Divayth Fyr sought a Daedra of a character like unto the Dremora, but of greater power, and greater inclination for independence and initiative, or solely as a master, he summoned Xivilai, who are like the Dremora in personality and temperament, except that they hate subordination, and are liable to disloyalty and betrayal when they feel they have not been treated with the proper deference and respect.

The feral, beastlike Daedra like the Clannfear and the Daedroth appear in the service of many different Daedric Powers, and may represent common creatures existing like wild animals in the wildernesses of Oblivion. Other savage, semi-intelligent creatures like Scamps and Spider Daedra may also be found in the realms of various Daedra Lords.

The case of the Elemental Atronachs, on the other hand, is less certain. Flame and Frost Atronachs, for example, appear to be highly intelligent, but not all varieties of Elemental Atronachs seem to be social or to have the power of speech. Divayth Fyr preferred not to summon or deal with these creatures, had little experience with them, and showed no inclination to speculate upon their nature, so I learned little about them during my time at Tel Fyr. 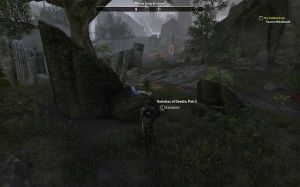